A Charm of Magpies series

A lord in danger. A magician in turmoil. A snowball in hell.

A Charm of Magpies, Book 1

Exiled to China for twenty years, Lucien Vaudrey never planned to return to England. But with the mysterious deaths of his father and brother, it seems the new Lord Crane has inherited an earldom. He’s also inherited his family’s enemies. He needs magical assistance, fast. He doesn’t expect it to turn up angry.

Magician Stephen Day has good reason to hate Crane’s family. Unfortunately, it’s his job to deal with supernatural threats. Besides, the earl is unlike any aristocrat he’s ever met, with the tattoos, the attitude…and the way Crane seems determined to get him into bed. That’s definitely unusual.

Soon Stephen is falling hard for the worst possible man, at the worst possible time. But Crane’s dangerous appeal isn’t the only thing rendering Stephen powerless. Evil pervades the house, a web of plots is closing round Crane, and if Stephen can’t find a way through it—they’re both going to die.

“This combination of magic, mystery, and mayhem will have crossover appeal for fans of several genres; an exciting new voice in the paranormal world.”
– Library Journal, Highly Recommended

“The dialogue between the heroes is fun and intense… The building steam combusts into heat that sizzles right off the pages.”

A Case of Possession 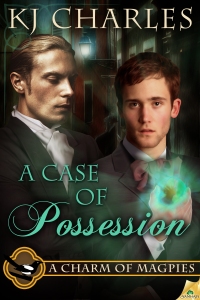 Magic in the blood. Danger in the streets.

A Charm of Magpies, Book 2

Lord Crane has never had a lover quite as elusive as Stephen Day. True, Stephen’s job as justiciar requires secrecy, but the magician’s disappearing act bothers Crane more than it should. When a blackmailer threatens to expose their illicit relationship, Crane knows a smart man would hop the first ship bound for China. But something unexpectedly stops him. His heart.

Stephen has problems of his own. As he investigates a plague of giant rats sweeping London, his sudden increase in power, boosted by his blood-and-sex bond with Crane, is rousing suspicion that he’s turned warlock. With all eyes watching him, the threat of exposure grows. Stephen could lose his friends, his job and his liberty over his relationship with 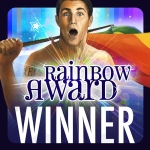 The rats are closing in, and something has to give…

“This is a fantastic series … A treat for readers.”

Danger in the air. Lovers on the brink.

A Charm of Magpies, Book 3

With the justiciary understaffed, a series of horrifying occult murders to be investigated, and a young student who is flying—literally—off the rails, magical law enforcer Stephen Day is under increasing stress. And his relationship with his aristocratic lover, Lord Crane, is beginning to feel the strain.

Crane chafes at the restrictions of England’s laws, and there’s a worrying development in the blood-and-sex bond he shares with Stephen. A development that makes a sensible man question if they should be together at all.

When a thief strikes at the heart of Crane’s home, a devastating loss brings his closest relationships into bitter conflict—especially his relationship with Stephen. And as old enemies, new enemies, and unexpected enemies paint the lovers into a corner, the pressure threatens to tear them apart.

Voted one of ten Best of 2014 by Prism Book Alliance. 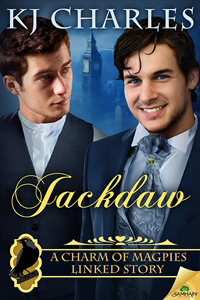 If you stop running, you fall.

This story is linked to the Charm of Magpies series, coming after Flight of Magpies, but can be read as a standalone if you must.

Jonah Pastern is a magician, a liar, a windwalker, a professional thief…and for six months, he was the love of police constable Ben Spenser’s life. Until his betrayal left Ben jailed, ruined, alone, and looking for revenge.

Ben is determined to make Jonah pay. But he can’t seem to forget what they once shared, and Jonah refuses to let him. Soon Ben is entangled in Jonah’s chaotic existence all over again, and they’re running together—from the police, the justiciary, and some dangerous people with a lethal grudge against them.

Threatened on all sides by betrayals, secrets, and the laws of the land, can they find a way to live and love before the past catches up with them? 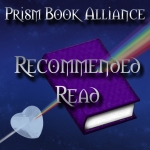 Contains a policeman who should know better, a thief who may never learn, Victorian morals, heated encounters, and a very annoyed Stephen Day.

A Charm of Magpies reading order:

A Case of Possession

A Case of Spirits (free)

A man with a past is her only hope for the future.

Kerry Ekdahl’s mixed heritage and linguistics skills could have made her a corporate star. Instead, she’s a hostess in a high-end Tokyo bar, catering to businessmen who want conversation, translation and flirtation. Easy money, no stress. Life is good—until she’s framed for the murder of a yakuza boss.

Trapped in rural Japan with the gangsters closing in, Kerry doesn’t stand a chance. Then help arrives in the menacing form of Chanko, a Samoan-American ex-sumo wrestler with a bad attitude, a lot of secrets, and a mission she doesn’t understand.

Kerry doesn’t get involved with dangerous men. Then again, she’s never had one on her side before. And the big, taciturn fighter seems determined to save her life, even if they rub each other the wrong way.

Then her friends are threatened, and Kerry has no choice but to return to Tokyo and face the yakuza. Where she learns, too late, that the muscle man who’s got her back could be poised to stab it.

Lie back and think of England…

England, 1904. Two years ago, Captain Archie Curtis lost his friends, fingers, and future to a terrible military accident. Alone, purposeless and angry, Curtis is determined to discover if he and his comrades were the victims of fate, or of sabotage.

Curtis’s search takes him to an isolated, ultra-modern country house, where he meets and instantly clashes with fellow guest Daniel da Silva. Effete, decadent, foreign, and all-too-obviously queer, the sophisticated poet is everything the straightforward British officer fears and distrusts.

As events unfold, Curtis realizes that Daniel has his own secret in

tentions. And there’s something else they share—a mounting sexual tension that leaves Curtis reeling.

As the house party’s elegant facade cracks to reveal treachery, blackmail and murder, Curtis finds himself needing clever, dark-eyed Daniel as he has never needed a man before…

“Downton Abbey meets M/M romance ~ an absolutely brilliant historical novel with industrial espionage, murder, blackmail and two unlikely heroes up against the odds. What more could I wish for?”

Voted one of ten Best of 2014 by Prism Book Alliance.

Best LGBT Romance in the All About Romance 2015 Readers Poll.

The Secret Casebook of Simon Feximal

A story too secret, too terrifying—and too shockingly intimate—for Victorian eyes.

A note to the Editor

I have been Simon Feximal’s companion, assistant and chronicler for twenty years now, and during that time my Casebooks of Feximal the Ghost-Hunter have spread the reputation of this most accomplished of ghost-hunters far and wide.

You have asked me often for the tale of our first meeting, and how my association with Feximal came about. I have always declined, because it is a story too private to be truthfully recounted, and a memory too precious to be falsified. But none knows better than I that stories must be told.

So here is it, Henry, a full and accurate account of how I met Simon Feximal, which I shall leave with my solicitor to pass to you after my death.

I dare say it may not be quite what you expect.

The tales of a Victorian ghost-hunter, Simon Feximal, and his narrator/sidekick/lover Robert Caldwell, to be published by Samhain in June 2015. This series began with ‘The Caldwell Ghost’, not currently available but to be included in the full book. The second story, ‘Butterflies’, is free on Smashwords.

This is my Regency m/m trilogy to be published with Loveswept. Lots of information coming soon!

Society of Gentlemen is set at a time of incredible privilege for the few and social turmoil for the many. Regency England is torn by war, poverty and social unrest, ruled by a draconian government. People are starving, rioting, rebelling. But the aristocrats dance on, in their glittering existence of balls, gambling, silks and scandal…

The trilogy covers three couples between autumn 1819 and spring 1820. A young Radical discovers his noble birth and is catapulted into a world of privilege, fashion and murder with a dandy as his guide. A government official and a revolutionary seditionist find common ground in their unconventional desires, under the threat of the gallows. And a lord in love with his valet struggles to find a way across the social abyss that divides them.

In the first novel of an explosive new series from K. J. Charles, a young gentleman and his elegant mentor fight for love in a world of wealth, power, and manipulation.

When he learns that he could be the heir to an unexpected fortune, Harry Vane rejects his past as a Radical fighting for government reform and sets about wooing his lovely cousin. But his heart is captured instead by the most beautiful, chic man he’s ever met: the dandy tasked with instructing him in the manners and style of the ton. Harry’s new station demands conformity—and yet the one thing he desires is a taste of the wrong pair of lips.

After witnessing firsthand the horrors of Waterloo, Julius Norreys sought refuge behind the luxurious facade of the upper crust. Now he concerns himself exclusively with the cut of his coat and the quality of his boots. And yet his protégé is so unblemished by cynicism that he inspires the first flare of genuine desire Julius has felt in years. He cannot protect Harry from the worst excesses of society. But together they can withstand the high price of passion.

A linked story about two minor characters is included in the anthology Another Place in Time.

“The Ruin of Gabriel Ashleigh”

Lord Gabriel Ashleigh is a ruined man. Last night he lost everything at the card tables to his brother’s worst enemy, notorious gambler Francis Webster. Tonight, he’s going back for one more game. Ash thinks he has nothing left to lose. But Francis sets the stakes, and they’re higher than Ash could have imagined…

Two Regency bucks. One game of cards. Everything to play for.

This is a Regency short (about 10K) in a terrific collection of gay historical romance. All proceeds from purchase go to AllOut.org.

public markers vs. hiding in the reeds...

Come for the sex. Stay for the story.

Tales of School Sexism from a 10 year old

Life as a writer, and other personality malfunctions

more than one way to skin a cat

...we're keeping our name but expanding our offerings!

Author and Reviewer of Gay Romance

Where Fiction and Reality Meet

Live Your Life, Buy The Book